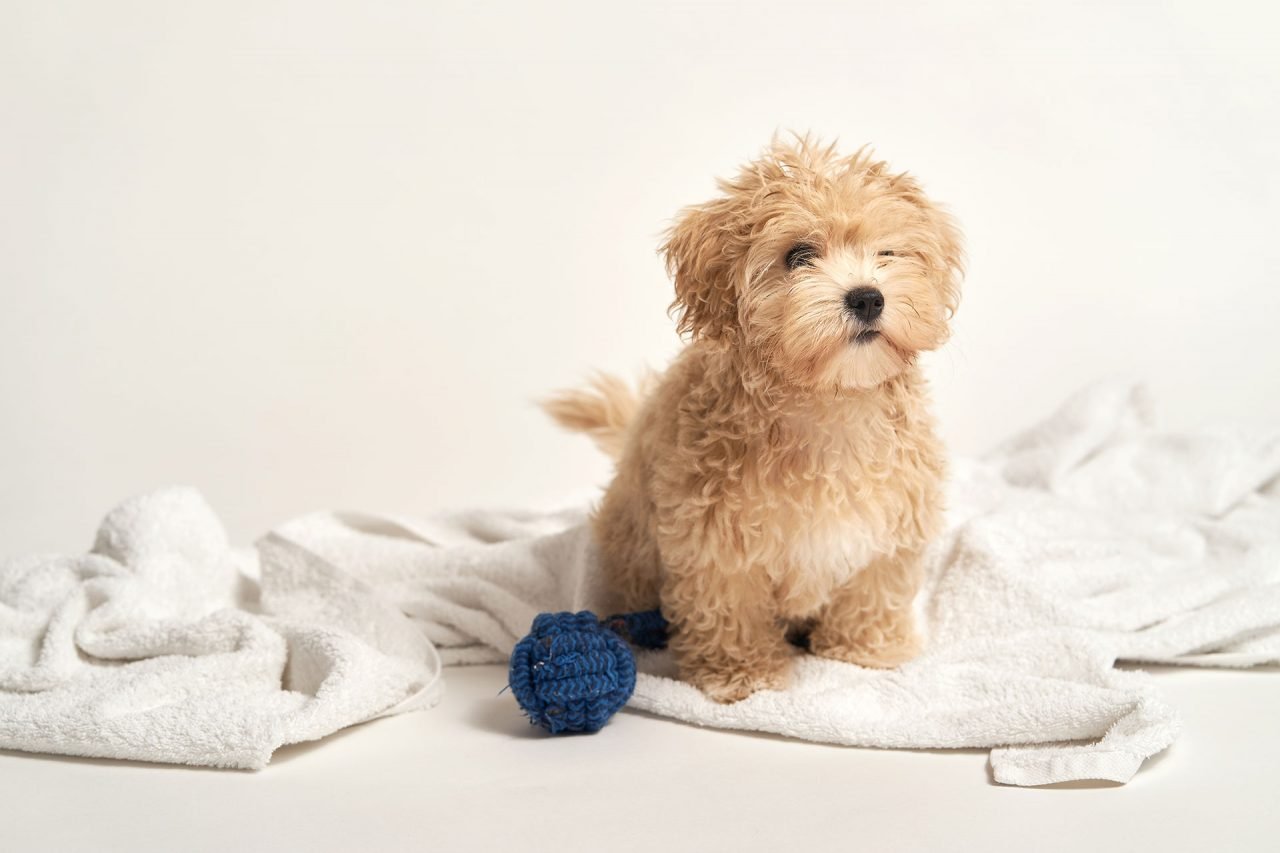 I’m starting to get exhausted of two things: the continuous requests for puppies to give as Christmas presents (don’t worry, I’m not going to repeat this tirade because it has already been explained in a previous article in this blog) and the continuous requests for Maltipoo. In fact, maltipoo, I write it with a lower case that is more appropriate.

I say: but if you read that I only breed Toy Poodles – I know you read it, you’re writing me from the contact form! – that I have a breeding recognized Enci with so much of affix, but as it comes to your mind to ask me if I have a half-breed??

But let’s try to understand how this fashion was born.

In an article in the monthly magazine published by Enci “I nostri cani” (Our dogs), the problem of the factories of “design dogs” – dogs that are so popular among celebrities – where thousands of crosses between dogs of different breeds are created, at the risk of serious genetic diseases, is finally raised.

It all began in the eighties, when Wally Conron, a breeder of the Royal Guide Dogs Association of Australia, since all the existing dog breeds were not enough for him, thought of starting an incredible series of experiments by crossing dogs of different breeds, until he arrived at the so-called “labradoodle”.

Unfortunately, his idea infected many experimenters who over time created other crosses such as the puggle (cross between Pug and Beagle), the maltipoo, infact, (Maltese + toy Poodle), the goberian (Golden Retriever + Siberian Husky), the beabull (Beagle + Pitbull), the cockapoo (Cocker + Bum), thehorgi (Husky + Welsh Corgi), the pomsky (Pomeranian Fox + Siberian Husky), to name a few.

Today Conron says he regrets it.

He distanced himself from his “creature” that later became very popular both in his country and in the U.S., going so far as to call it his “greatest regret” in an interview with Australian public TV. “I opened a Pandora’s box,” he said, “and out came a Frankenstein-like monster. “Genetic disorders have become a major problem…crossing different breeds with each other…was not a good idea…”

In fact, the purpose of cynophilia (the pure one and not the one that thinks only to make money) is first of all the conservation of biodiversity through the enhancement and preservation of dog breeds. Moreover, fundamental principles of the code of ethics signed by the recognized breeder.

It is one thing to try to value them, quite another to continually create new ones to satisfy the ephemeral needs of global consumerism.

When I am asked, sometimes I try to explain that rather than spend such large sums of money for a half-breed, – these specimens can cost over 2000 euros and being half-breeds, they are not recognized by Enci and, of course, not even internationally by the FCI – I might as well go to save a poor dog at the pound, that since there is no selection upstream, there is a risk of taking a dog with serious genetic defects, etc.. Other times I let it slide and resignedly reply that no, I don’t breed them, because those who decided to buy this “breed” are unlikely to give up after hearing my reasons.

It is necessary to underline that the big trouble in all this sad story is being suffered above all by the pure breed dogs, like the Poodle.

In the U.S., I was recently able to verify in person, you can no longer find a serious breeding even if you pay gold, so much so that more and more Americans looking for a real Poodle come to buy it from us.

But I’m sure it’s going to happen here sooner or later. It could be a prelude to an early extinction. Too many people think only of their own business. In a web search I found a pedigree maltipoo breeding farm. Unbelievable stuff, which then, reading between the lines, is “ACI” pedigree which equals zero.

Not to mention other cases of dogs that “are in fashion” but are creating serious management problems such as the Czechoslovakian wolfdog.

Born from a cross between the Carpathian wolf and the German Shepherd, this is a breed with truly extraordinary characteristics

Its sensory apparatus, its neural networks and physical structure are those of a super-dog, capable of catching a moving object at a distance of one kilometer, with an amazing sense of smell, it picks up the alterations in the heart rate of nearby living beings, it can break the neck bone of an ox with a single bite, it runs faster than any other dog (that is not selected for running), it has a strong predatory instinct that drives it to chase anything that moves within a radius of hundreds of meters and once it reaches its prey, just like real wolves, it consumes it on the spot…and many other characteristics that you can deepen clicking here, reading the full article that appeared in the Corriere della Sera last Tuesday.

The fact is that to such a subject it is extremely difficult, if not impossible, to offer conditions of life suitable to his nature, his mind and his DNA.

It is estimated that at least a third of these dogs, if not half, are abandoned between 6 months and the year of age. There are very few people who can guarantee him daily walks of at least three hours in the woods, without a leash. And the ability to be with other specimens, as it is a highly social breed and if it does not live in a pack it can develop a morbid attachment to its human reference.

Returning to Wally Conron’s outing, nothing could be more apt than the comparison with Frankenstein that he himself made, because it once again debunks the idea of omnipotence that as humans we sometimes tend to have…

previous
Male or Female?
next
Pandemia you are all mine

“Breeding with conscience and seriousness is a mission and often disregards the economic expectations that we imagine may arise from this profession. My goal is the continuous research, through a careful selection work, in giving more and more value to this breed that I think is already perfect, both in the morphological and in the character aspect”. 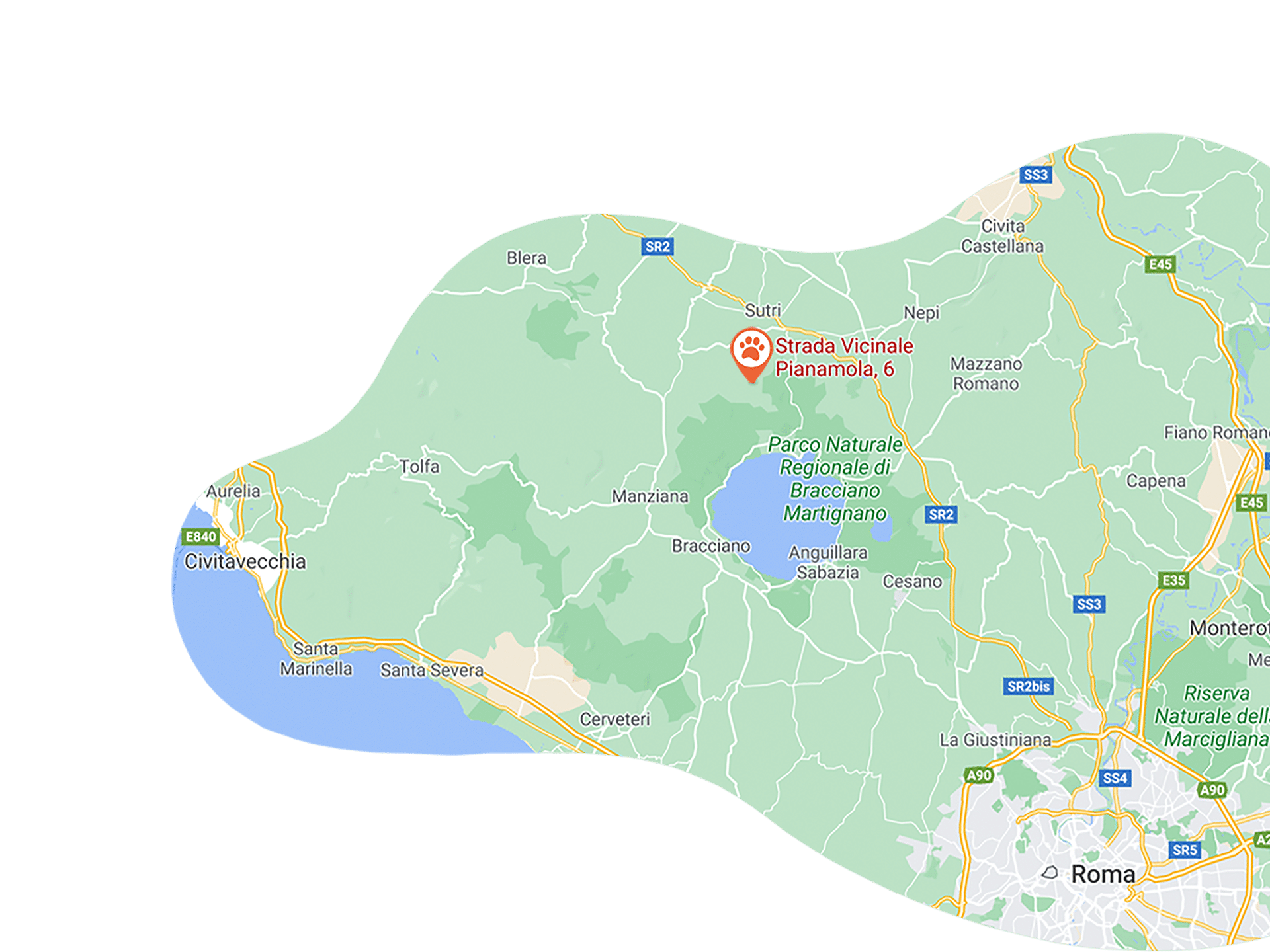 Designed and Developed by MDESIGN

“Breeding with conscience and seriousness is a mission and often disregards the economic expectations that we imagine may arise from this profession. My goal is the continuous research, through a careful selection work, in giving more and more value to this breed that I think is already perfect, both in the morphological and in the character aspect”. 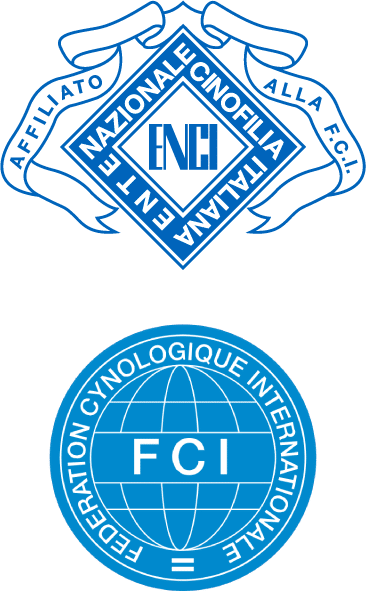